Home > AIPM Ukraine regarding the entry into force of Medicrime Convention

AIPM Ukraine regarding the entry into force of Medicrime Convention 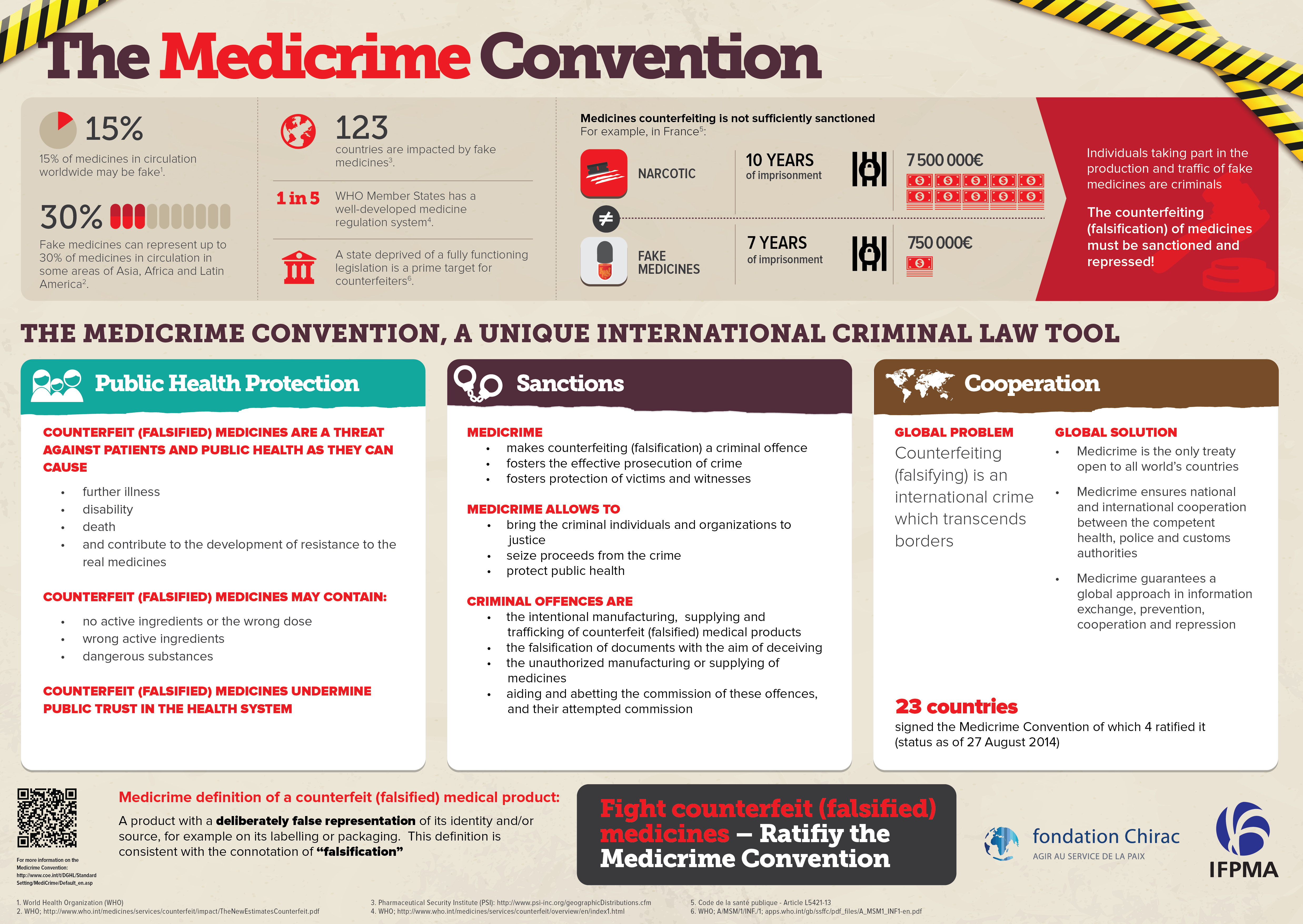 AIPM Ukraine being a member of International Federation of Pharmaceutical Manufactures and Associations together with global partners are pleased to announce that with five countries now ratifying the Medicrime convention, it will entry into force on January 1st 2016.

The Convention is a unique international tool criminalizing the trade of counterfeit medicines and ensuring international cooperation between the competent health, police and customs authorities with a view to protecting public health. Opened for signature in 2011, the Convention has so far been ratified by Spain, Guinea, Hungary, the Republic of Moldova and Ukraine, and signed by 19 others.

According to the WHO only a few countries have enacted special national legislation on fake medicines. Moreover, sanctions imposed on counterfeiters are, in most cases, not deterrent. The absence of legislation prohibiting the manufacture of and trade in fake medicines or the absence of deterrent sanctions encourages counterfeiters since there is no fear of being apprehended and prosecuted. Medicrime Convention is the first legally binding international instrument making criminal offences of the counterfeiting, manufacture and supply of medical products marketed without authorization or without complying with safety standards. The Convention defines the term “counterfeit” as a false representation as regards identity and/or source. The Convention concerns medical products whether they are protected under intellectual property rights or not, or whether they are generic or not, including accessories designated to be used together with medical devices, as well as the active substances, excipients, parts and materials designated to be used in the production of medical products. It provides for not only criminal-law penalties, but also prevention and victim-protection measures.

You will find by the link the press release as well as the  infographic on Medicrime.